Last year’s runner-up Konta avenged her defeat at the Nottingham Tennis Centre against defending champion Donna Vekic 6-2 6-3 on Saturday, setting up a contest for the Elena Baltacha Trophy with Australian top seed Ashleigh Barty, who took down World No. 18 Naomi Osaka 6-3 6-4 earlier.

World No. 22 Konta breezed through the first set in half an hour before her Croatian opponent took a medical time-out for a lower back complaint, which was then followed by an hour-long rain delay. But Konta broke the sixth seed’s serve three times in the second set to reach her first final in 12 months.

The 2017 Wimbledon semi-finalist said: “The match had a bit of everything. It was a challenging match for a number of different reasons. But that is also part of the sport. It was just about, from my end, dealing with it the best I can and keep the attention on the work at hand.

“Obviously, in an ideal world, we don’t have that rain delay. However, it could have easily shifted the momentum the other way without the delay. You’ve always got to work with the circumstances that are thrown at you and I think I managed everything quite well. It wasn’t easy when we came back and I just tried to do the best that I can.”

Ahead of her WTA International clash with World No. 17 Barty, whom she beat in straight sets in the East Midlands quarter-finals last year, Konta said: “She’s a very talented, very crafty player. She loves this surface, she’s very vocal about loving this surface. I am sure she is going to be playing her best tennis.”

The 27-year-old added: “She’s improved a lot and is playing very well over the last year since she’s come back and getting better and better – which is a great challenge for me to play against someone who is in form. It’s a great opportunity for me to do my best and battle hard.”

Earlier on Saturday, Watson and Romanian partner Mihaela Buzarnescu booked their place in the women’s doubles final with a 7-5 6-1 triumph over American Irina Falconi and Lizette Cabrera of Australia. The pair will battle third-seeded Alicja Rosolska of Poland and 2015 Nottingham doubles champion Abigail Spears for the crown first on Centre Court from 11am. 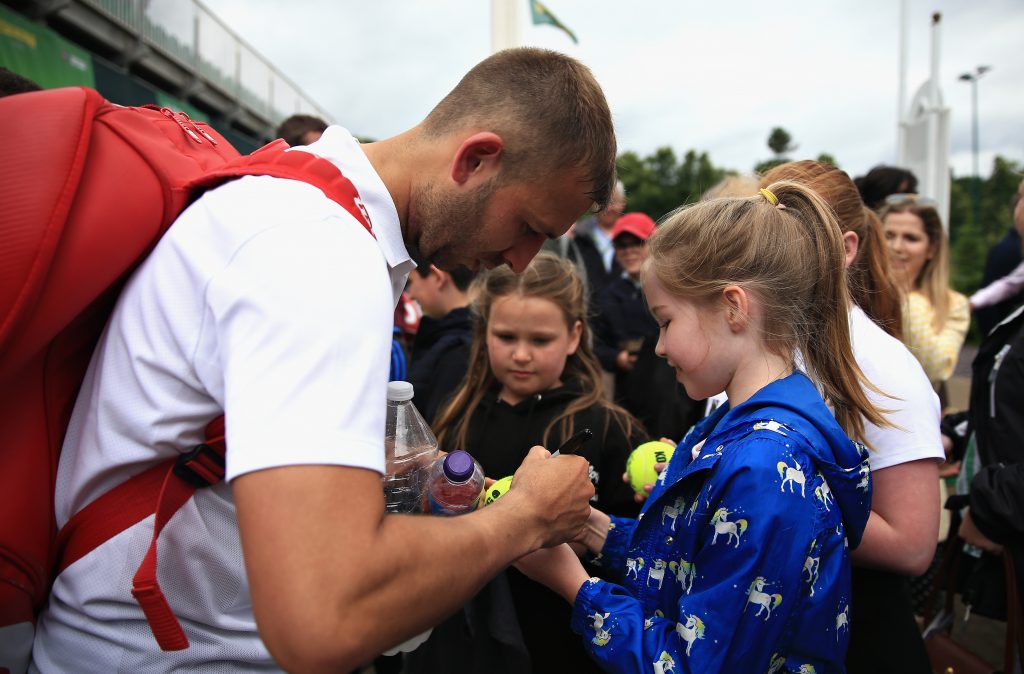 Live coverage of the women’s singles final will be broadcast on Eurosport 1 from 3pm, while the men’s final will be streamed live on the ATP Challenger website here: https://www.atpworldtour.com/en/news/nottingham-2018-sf-promo.

For the second consecutive year, tickets for Finals Day Sunday at the Nature Valley Open (9-17 June) have sold out. Tickets may still be available on site at the Nottingham Tennis Centre. For more information on our other British Tennis events, please visit https://www.lta.org.uk/major-events/.