Between 11-13 May, the city will celebrate and showcase a selection of the hundreds of caves that exist below our very feet. With a wide range of events from Friday to Sunday, the level of interest in the Cave City Festival has been unprecedented with both the previously unopened Peel Street and Out of Bounds cave tours selling out in just a few days. It is anticipated these tours will run again later in the year, such is the public demand. 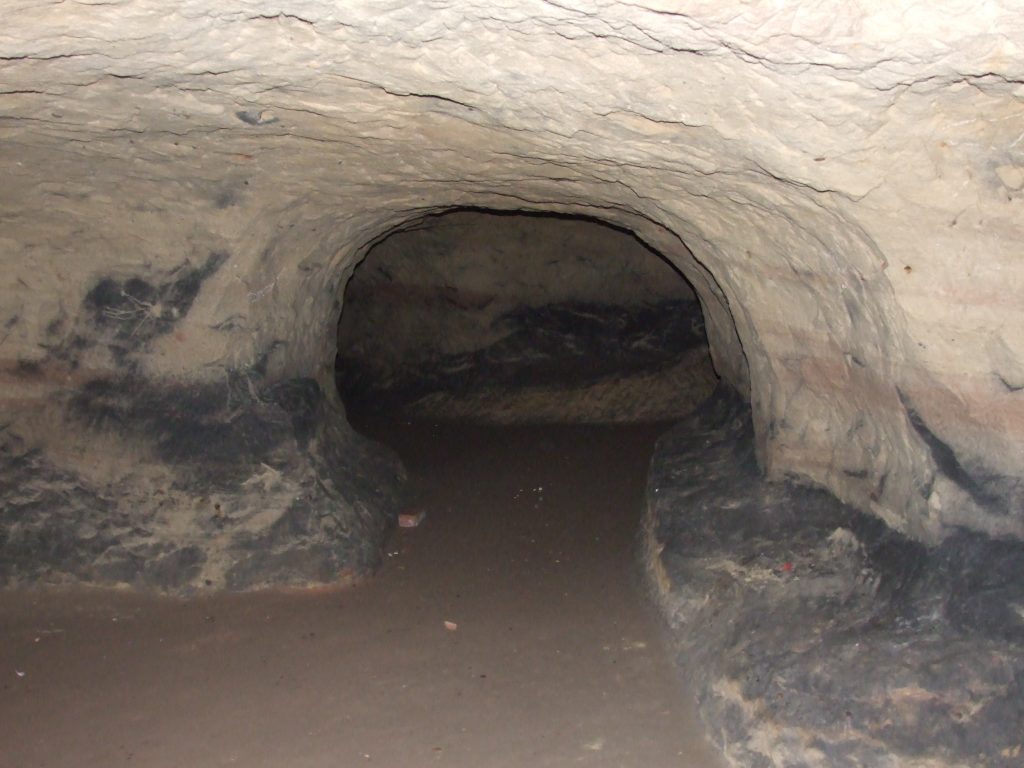 However, although these tours are full to capacity, there are many other festival highlights to explore including access to caves in pubs and businesses across the city, tours of Woodthorpe House in Sherwood and Wollaton Hall, a chance to view finds from archaeological investigations, hear ghostly tales in Ye Olde Salutation Caves and of course watch some great films in our Underground Cinema.

These unmissable cinema events will be held in the Cosmic Ray Cave at Brewhouse Yard near Nottingham Castle. This will give visitors the unique opportunity of experiencing a film inside a cave hewn deep into the Castle Rock! There will be five film screenings – On Friday 11 May – The Descent, 2005 (18), Then on Saturday 12 May – The School of Rock, 2003 (U), and Napoleon Dynamite, 2005 (PG), On Sunday 13 May – Disney’s Robin Hood, 1973 (U) and Pan’s Labyrinth, 2006 (15)

Some of the events require tickets but many are more informal, drop in sessions where access to the caves will be made available as people arrive. There is a full list of events on www.whatsonnottingham.com and also a handy itinerary planner to help you plan a great weekend of cave experiences. Use the handy event planner plan your visit during the cave festival. Find out more on the Visit Nottinghamshire website.

It’s not just the caves that hold excitement. Over the years, there have been many interesting discoveries of objects and oddities during cave excavations, which will form part of a small free entry exhibition in the Nottingham Castle Bastion at the Gatehouse. On 11 and 12 May, staff from Nottingham City Museums and Galleries will be on hand to answer questions and talk about these finds as well as to hear any interesting cave stories or information about new caves that any visitors may bring to light.

Nottingham Cave City Underground Festival is a collaboration between Nottingham City Council, Visit Nottinghamshire, and a number of independent venues throughout the city. The festival has been made possible thanks to money raised by National Lottery players.

Cllr Dave Trimble, Portfolio Holder for Leisure and Culture said: “Nottingham’s caves are a fascinating remnant of Nottingham’s past, with many dating as far back as the medieval period.

“No other town or city in Europe can rival Nottingham in the large number and variety of these manmade spaces and incredibly we keep finding many more each year. This festival will allow more of the caves to be opened up to the public, with a range of exciting events to look forward to.”

Jonathan Platt, Head of the Heritage Lottery Fund East Midlands, said: “I’m delighted that money raised by National Lottery players can help to open up Nottingham’s underground cave network to the public. The festival will share the fascinating stories of the city’s caves, marking the first stage of a larger project to share Nottingham Castle’s 1,000 year history.”

About the Heritage Lottery Fund (HLF)

Thanks to National Lottery players, we invest money to help people across the UK explore, enjoy and protect the heritage they care about – from the archaeology under our feet to the historic parks and buildings we love, from precious memories and collections to rare wildlife. www.hlf.org.uk. Follow us on Twitter, Facebook and Instagram and use #NationalLottery and #HLFsupported.

HLF awarded £13.9million to Nottingham City Council for a project to reimagine Nottingham Castle, including plans to increase access to the city’s caves.