British No. 1 Johanna Konta and British No. 2 Heather Watson will compete for a place in the Nature Valley Open QuarterFinals in Nottingham, with top seed Ashleigh Barty and reigning champion Donna Vekic also taking to Centre Court on Thursday.

Last year’s runner-up Konta was victorious in the pair’s previous meeting at Indian Wells in 2017 and boasts twice as many match wins as her Fed Cup team-mate to date this year. Meanwhile, Leicestershire’s Katie Boulter will play in her maiden WTA second-round match when she takes on 2011 US Open champion Sam Stosur.

Wednesday’s WTA International action at the Nottingham Tennis Centre saw World No. 18 Naomi Osaka ease past the Czech Republic’s Denisa Allertova 6-3 6-2, although second-seed Magdalena Rybarikova was edged 6-3 1-6 7-5 by Mona Barthel of Germany. Having squandered two match points before losing in her previous tournament, Barthel was relieved to convert her fourth against the 2017 Wimbledon semifinalist.

“I was just trying to stay calm but I lost recently with a match point so I thought ‘not again!’,” she said. “The whole match was really close and it was really tough. She [Rybarikova] is an amazing player, especially on the grass.”

In the concurrent ATP Challenger event, Dan Evans continued his fine form on grass, getting past Ukrainian Sergiy Stakhovsky 7-5 7-6(2) to make it through to the last eight. The 28-year-old has won 14 of his last 17 matches, having come through qualifying to reach the Surbiton semifinal last week. 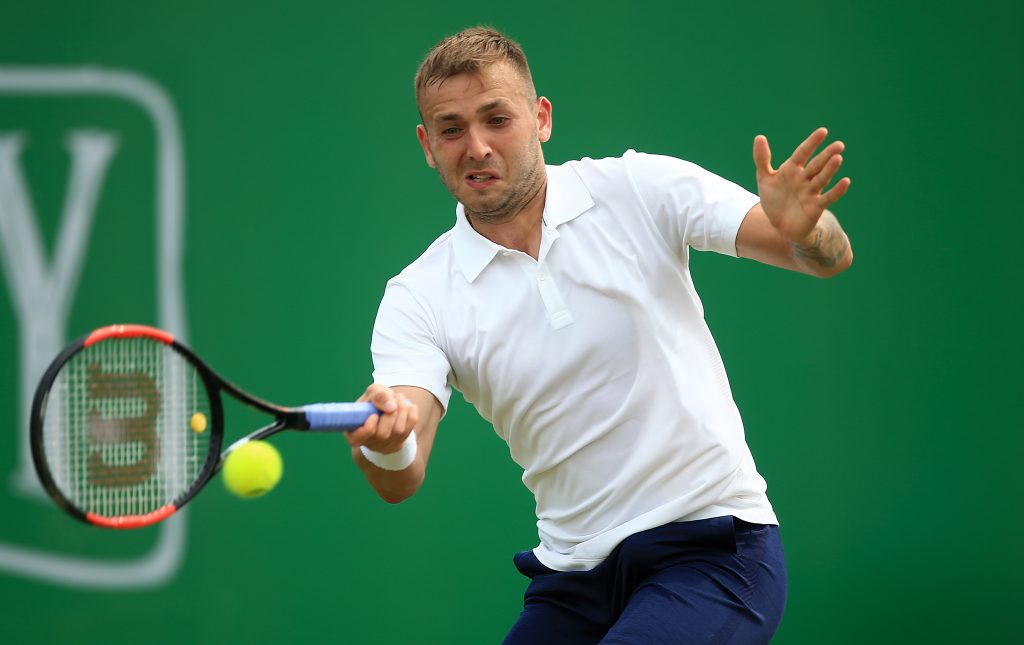 Dan Evans (Image courtesy of Getty images for the LTA)

Evans said: “I love playing in front of home crowds. Especially after not playing for a while, it’s good to get some matches under my belt again and hopefully I can go a bit further this week. The crowd were great. It’s close to home and I know pretty much everybody here, even the groundsman.”

There was also British doubles success for Watson, who reached the quarterfinals with Mihaela Buzarnescu after defeating top seeds Lyudmyla Kichenok and Alla Kudryavtseva 1-6 6-2 10-4, while Skupski brothers Neal and Ken reached the semifinals of the men’s event.

From Thursday, all WTA matches on Centre Court will be broadcast live on Eurosport 2 from 12pm.

With Nottingham starting off the summer of British Tennis, tickets to the Nature Valley Open (9-17 June) are on general sale and can be purchased online via https://www.theticketfactory.com/ltanw/online/, by phone on 0844 581 4994, or from the box office on site at the Nottingham Tennis Centre with tickets from £10. For more information on our other British Tennis events, please visit https://www.lta.org.uk/major-events/.