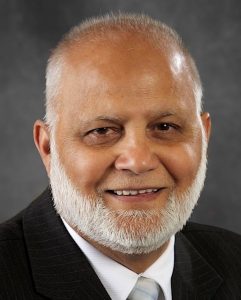 Councillor Ibrahim was Lord Mayor from 1993 to 1994 after serving as Deputy Lord Mayor the previous year. He was first elected to the City Council in 1987 as Councillor for the Forest Ward before being elected to represent the Berridge Ward in 2003.

Leader of the City Council, Councillor Jon Collins, said he was saddened to hear the news that a good friend and colleague had passed away.

“Committed to his ward and community, he was a gentle man with sound judgment and opinions to be respected,” said Councillor Collins.

“I will badly miss his support, wisdom and quiet good humour.”