Home / Press Releases / Awards honour those who help others in Nottingham

The winners have been announced in awards designed to honour people in Nottingham who strive to improve the health and wellbeing of others.

Finalists of the Michael Varnam Awards were invited to a special ceremony at Nottingham City Council’s Loxley House headquarters.

The awards take their name from former Sneinton GP Dr Michael Varnam who dedicated 35 years to helping people in Nottingham, particularly residents and families in deprived areas. He died in 2006, aged 61.

Nominations were made by the public in two categories: individual and group.

Gordon Garrick has worked tirelessly in the substance misuse field for years and has helped many people’s lives. Gordon works for the Nottingham Recovery Network and has inspired his colleagues with his dedication to his service users and his ability to work with a range of partners including psychiatrists, social services, courts, judges, politicians, benefits panels and commissioners to support those in his care. 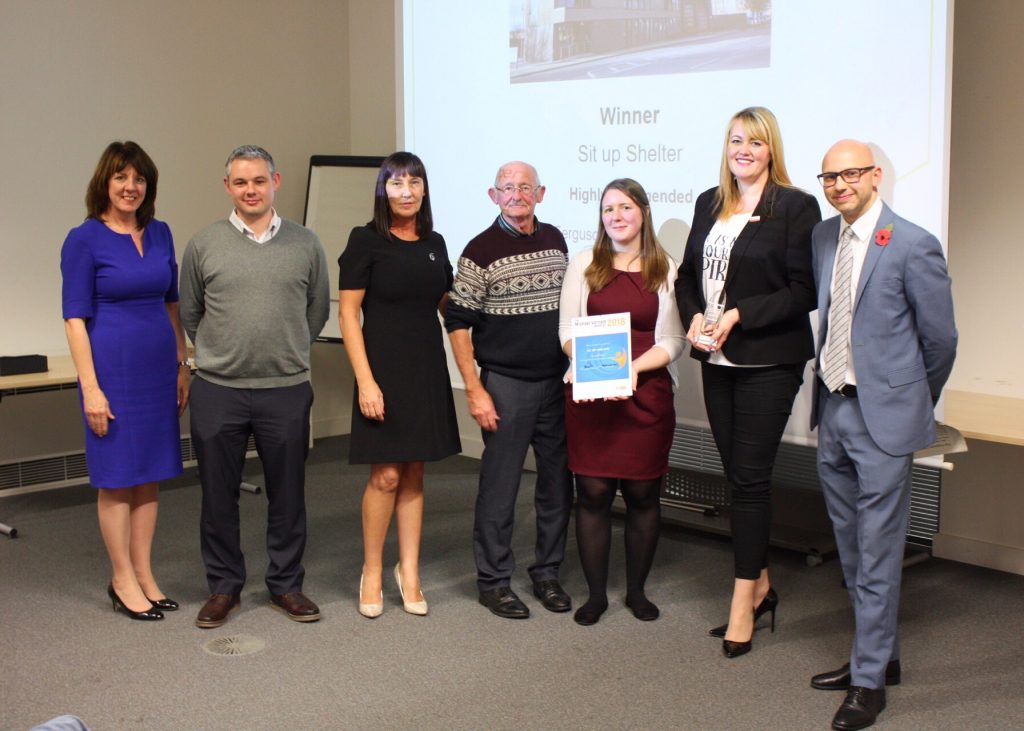 Photo caption: Volunteers from the Sit Up Shelter receive their award from Alison Challenger (left) and Cllr Sam Webster (right)

The Sit Up Shelter helps homeless people in Nottingham. The Shelter opened in January 2018, working with partners to prevent rough sleeping at the start of one of the harshest cold spells in recent years. Run by volunteers working for the British Red Cross and with premises provided by Nottinghamshire Fire and Rescue Service, the shelter opened to homeless people whenever temperatures fell below freezing. People at risk of rough sleeping were given shelter and safety for that night, along with help to access more permanent help through the Street Outreach Team and Housing Aid.

Councillor Sam Webster, Portfolio Holder for Adults and Health at Nottingham City Council and Chair of the Health and Wellbeing Board, said: “I’d like to congratulate Gordon and the team behind the Sit Up Shelter. They are worthy winners – especially as the standard of nominations was very high this year. All of our finalists do so much to help others in our neighbourhoods and our communities – work that makes a huge difference to the lives of those in need.

“So often, this help is given without fuss and without recognition, so we feel it is important that we take this opportunity to highlight some of the amazing people who go the extra mile to improve lives.”

Alison Challenger, Director of Public Health in Nottingham, said: “Michael Varnam dedicated more than three decades of his life to helping people and families from areas of the city that face the biggest challenges. These awards recognise the efforts and dedication of others like him, who give up so much of their time to make other people’s lives better.”

The other shortlisted finalists were: