A host of international players are in action at the Nottingham Tennis Centre next week, competing in the GB Pro-Series men’s $15k event, which takes place on the outdoor hard courts from Sunday 9 – Saturday 15 September.

The list of entries is headed up by Billy Harris, who – with family from the Nottingham area – frequently spends time at the family home in the East Midlands when not travelling to compete in Europe.

Other Brits in action include Marcus Willis and Jack Draper. 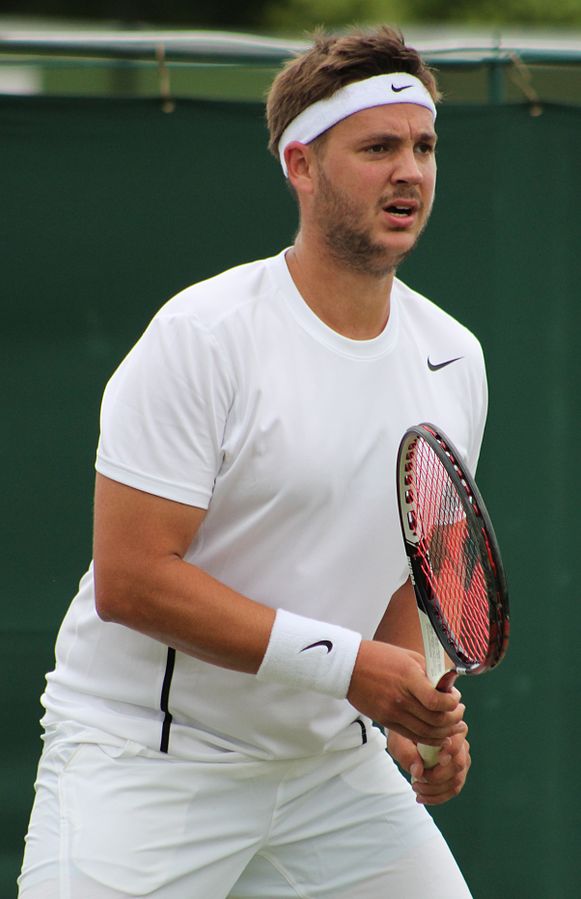 Willis shot to fame at The Championships Wimbledon in 2016, working his way through both the wild card play-offs and qualifying, and winning seven matches on route to a dream 2nd round appearance on Centre Court against Roger Federer. Willis, now 27, has been a regular visitor to Nottingham Tennis Centre since his teenage years.

Sixteen year old Jack Draper will arrive in the East Midlands in a rich vein of form. The teenager from Surrey had a great run to the Wimbledon Boy’s Singles Final earlier this summer, which included an epic semi-final win against Colombian Nicholas Mejia 76(5) 67(6) 19-17, in four hours 23 minutes that thrilled the home crowd. Draper’s marathon match took place at the same time as the longest ever men’s singles semi-final between Kevin Anderson and John Isner on nearby Centre Court.

Draper hasn’t looked back since losing the Final to World Junior No1 Chun Hsun Tseng in another closely-fought three-set match in front of a packed No1 court. After Junior Wimbledon saw him enter the world’s top ten junior rankings, he gained his first  ATP ranking at the ITF Belgium F6 Futures in Brussels and followed that with a run from qualifying to semi-finals at the ITF Slovakia F3 Futures in Bratislava. Draper’s success has led to the teen rapidly rising up the rankings and is now knocking on the door of the top 1000, less than a month after gaining his first ranking.

The draw in Nottingham will also see players in action from Germany, Estonia, Sweden, France, Australia, Portugal, Latvia, Belgium, Russia, Mexico, and Ireland, all vying for the title.

Tournament Director, Richard Joyner, said: “This is a great opportunity to see some potential future stars in action. There’s a great blend of up-and-coming juniors looking to make their mark on the professional game, together with some more seasoned campaigners. All of the current men’s world top ten will have sharpened their skills at Futures events, on their way to the top echelon of the sport. It’s free of charge to come to watch, and a chance to get really close up to the action.”

Cllr Dave Trimble, Portfolio Holder for Leisure and Localities at Nottingham City Council, which owns and runs Nottingham Tennis Centre, said: “It’s wonderful that Nottingham Tennis Centre is welcoming this Pro Series event. It is a testament to the level of facilities we can provide and I’m sure the people of Nottingham will jump at the chance to once again enjoy top quality tennis action at the centre. It is a real chance to see some of the potential big names of the future and to get really close to the action.”

As well as coming along to watch, you can also follow the scores through live scoring