Nottingham is gearing up for the ICC Men’s Cricket World Cup 2019, with the ‘100 days to go’ countdown kicking off today (Tuesday 19 February). 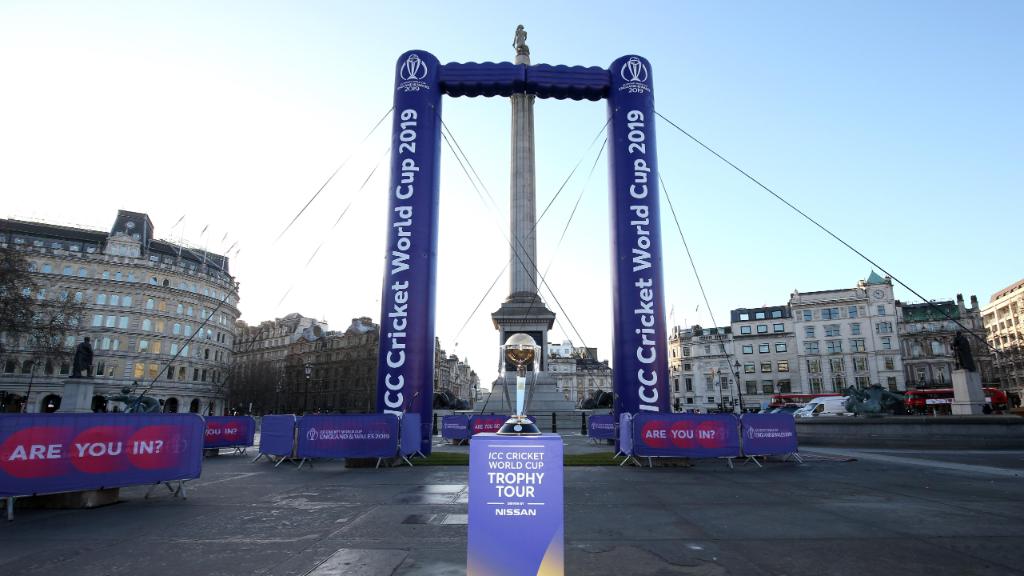 Part of the countdown will be the Trophy Tour, driven by Nissan, which commences a 100-day tour of England and Wales and will be at over 100 locations and events, including Nottingham, before arriving back in London ready for the opening match on Thursday 30 May.

The trophy will arrive in Nottingham at midday on Tuesday 23 April at the Robin Hood Statue near Nottingham Castle, and be on display until 4pm, providing an unrivalled photo opportunity ahead of the Cricket World Cup fixtures taking place at Trent Bridge, the world’s third oldest Test ground.

The coveted trophy, which will be lifted by the winning captain on Sunday 14 July, will be transported in the 100% electric Nissan LEAF – Europe’s top-selling electric vehicle (EV)*- making this tour the first ICC Trophy Tour powered by an all-electric vehicle.

Cllr Dave Trimble, Portfolio Holder for Leisure and Localities said: “The excitement is building with only 100 days left. We are really looking forward to seeing lots of people celebrating the Cricket World Cup with us in the city and we’re got lots of great activities and fun planned.  As a city with ambitions to become carbon neutral by 2028 and leading the way on sustainable transport, we’re particularly pleased the trophy will arrive in Nottingham in an electric vehicle! Whether you have a match ticket or not, there will be lots of ways to enjoy the tournament. I am really looking forward to a chance to see the trophy on 23 April… see you at the Robin Hood statue!”

Brendan Moffett, Chief Executive at Marketing NG, said: “Nottingham welcomes major sporting events such as this one, which bring large numbers of visitors to the area and provide a significant boost to our economy. The Trophy Tour will offer a once-in-a-lifetime opportunity for cricket fans to see the trophy for themselves and we are very excited for its arrival in Nottingham.”

ICC Men’s Cricket World Cup 2019 Managing Director, Steve Elworthy, said: “This ambitious launch demonstrates the lengths we will go to in making this tournament the most memorable ever – one that will inspire excitement among players and spectators alike around the world.”

ICC Chief Executive David Richardson, added: “Years of planning goes into the delivery of an ICC Men’s Cricket World Cup, but the excitement becomes real with 100 days to go and the arrival of the trophy on the shores of England and Wales.”

Former England and Nottinghamshire spinner Graeme Swann was today named as the Official Trophy Tour Ambassador. When talking about the 100-day tour, Swann said: “I am proud to be part of a Trophy Tour that promises to deliver a glimpse of cricket’s biggest prize to fans up and down the country and really build the excitement and expectation for the tournament.

“This summer promises to be hugely exciting for cricket here in England and Wales and around the world. The World Cup is at the absolute heart of the action and it all starts now with the Trophy Tour!””

* Based on Nissan LEAFs sold in Europe up to end of December 2018.

The tournament will run from 30 May to 14 July. The semi-finals will be played at Old Trafford in Manchester and Edgbaston in Birmingham on 9 and 11 July respectively, while Lord’s will host the final on 14 July.

The 10 teams in the tournament will play against each other in a single-league format, with the top four sides after 45 matches to qualify for the two semi-finals