One of Nottingham city’s biggest housing regeneration projects has been on show to housing associations across the region.

Lenton Green was completed by Nottingham City Council and Nottingham City Homes (NCH) earlier this year. Over four years, the area was completely transformed, with five tower blocks being demolished to make way for 142 homes, including bungalows, flats, family homes and an award-winning independent living scheme which enables older residents to stay in their community as they age.

The final stage of the redevelopment was completed with 17 new homes, built on the former Church Square shopping precinct at the heart of the Lenton development. The site was falling into disrepair, was outdated and no longer fit for purpose. 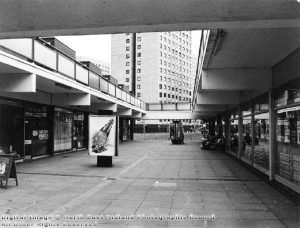 The homes on the former Church Square site is the first new build development to be owned by Nottingham City Homes’ Registered Provider subsidiary (NCH RP). Other housing associations from across the region have visited Nottingham this week to see how Nottingham City Homes and the council developed these homes and regenerated the area.

The 17 new homes on the site also form part of Nottingham’s Building a Better Nottingham programme.  This includes the biggest council house building programme in a generation, where more than 500 new social housing properties have been built on sites around the city since 2014, with more in progress or planned.

Resident in their new homes have already told NCHRP that they love their new modern community. With one resident saying their new home feels more secure and there is a better sense of belonging and improved wellbeing in the area.

Audra Wytner, Chair of Nottingham City Homes RP, said: “I am born and bred in Nottingham and it’s been fantastic to see such a transformation in Lenton.

“These new homes are in keeping with the area and I have spoken to many locals who want to move here. This is truly a great development to have as our first in the registered provider scheme.

Councillor Linda Woodings, Portfolio Holder for Planning, Housing and Heritage at Nottingham City Council, said “Church Square marks the final phase of the works we have been doing in Lenton and is a prime example of how we are not just building new homes, but completely transforming areas of the city.

“It’s been a positive change for the area and together with Nottingham City Homes, we’re creating a variety of quality, modern, affordable homes, where people want to live. They not only suit the differing needs of our citizens, but are energy efficient, secure and warm”. 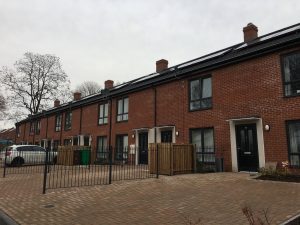 The works were managed and overseen by Nottingham City Homes (NCH), which also manages the city’s council housing and recently won three accolades at the prestigious UK Housing Awards, including Landlord of the Year.

Nick Murphy, Chief Executive of Nottingham City Homes, said: “Lenton Green is the biggest programme we have worked on so far, and is possibly the most iconic development due to the dramatic change we have made to the skyline and the transformation we’ve seen, both physically in the regeneration of the area, and in the make-up of the community.

“We believe in the value of social housing, and we know what having a decent home means to our residents. We want to realise our vision of creating homes and places where people want to live. The design of the new homes and the environment we have built at Lenton Gardens are an inspiration as to what social housing can be like – providing an asset now and for future generations.”

Caroline Cormack, Head of Home Ownership & Supply in the Midlands for Homes England said: “Homes England is committed to supporting projects that create places where people want to live so it’s great to see these new homes completed and ready to meet the needs of the community.”