A prolific shoplifter faces up to five years in jail if he breaches the latest court order to prevent his offending.

Corey Smith, aged 36, of Alfreton Road, Nottingham has been a prolific shoplifter since 2010, predominantly in Mansfield Road, Sherwood and targeting Co-op retail stores citywide.  In July 2013, due to the level of his offending, Smith was issued with a five-year Criminal Anti-Social Behaviour Order prohibiting his access into a number of Co-op stores across the city.

However, Smith’s offending continued in such stores and others, including Boots the Chemist on Mansfield Road in Sherwood.

Between December 2017 and April 2018, Smith committed a number of offences in the Sherwood area, in particular the Co-op store on Mansfield Road, including shop thefts, breaches of the Criminal Anti-Social Behaviour Order and two charges of battery which on one occasion left a shop assistant with an injury to her hand as Smith attempted to flee the store with stolen goods. 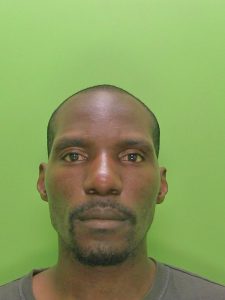 After his arrest in April, Smith was remanded in custody to appear at Nottingham Crown Court on 4th May.  Smith was sentenced to a total of 26 months in custody and was issued with a four-year Criminal Behaviour Order (CBO) which now prohibits him entering into any Co-op store within the City of Nottingham and from entering into any retail store on Mansfield Road between Gregory Boulevard and Magnus Road, Sherwood.

If Smith breaches the CBO, he risks being re-arrested and sentenced to up to five years in prison.

Nottingham City Council’s Community Protection worked in partnership with Nottinghamshire Police in applying to the Crown Court for the CBO to offer protection to staff of the stores affected and their customers from his persistent and prolific offending.

Portfolio Holder for Community and Customer Services, Cllr Toby Neal, said: “This is a good outcome at court which will come as a relief to local shopkeepers who have frequently fallen victim to Smith’s offending. On leaving prison he will need to stay out of certain shops if he doesn’t want to face the possibility of a longer stretch behind bars.”

Sherwood Neighbourhood Inspector Christine Busuttil welcomed the prison sentence and order. She said: “Smith has been a persistent problem for shopkeepers in the area and I’m delighted he has now been taken off the streets. And if he re-offends after he gets out of prison he could be sent back for up to five years.

“I hope this sentence will finally give some respite to those who have been affected and sends out a message that this type of offending is taken seriously.”