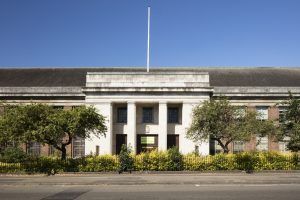 Today the National Heritage List for England has reached an impressive 400,000 entries for the first time. Encompassing historic buildings, monuments, battlefields, shipwrecks, designed landscapes and World Heritage Sites, the List records the extraordinarily varied built heritage of our country and offers protection so these places can continue to be appreciated for years to come.

Hitting the 400,000 mark is the purpose-built flagship office for the Raleigh Cycle Company in Nottingham, listed at Grade II by the Department for Digital, Culture, Media & Sport (DCMS) on the advice of Historic England, as British cycling celebrates 200 years.

Raleigh was the world’s leading manufacturer of bicycles when the head office was built in 1931 – at its largest the company produced over one million bicycles in a year across a 60 acre site. The factory was also the focal point for a challenge to the racially-selective employment policy of many of Nottingham’s biggest companies, which resulted in the factory becoming one the city’s largest employers of African Caribbean workers. 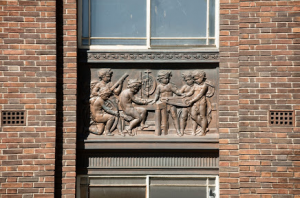 Duncan Wilson, Historic England’s Chief Executive, said: “The List is a treasure trove of special historic places that demonstrates the rich variety of England’s history. Reaching 400,000 entries is a milestone – it confirms just how important our heritage is and how much deserves protecting for future generations.”

Jeremy Wright, Secretary of State for Digital, Culture, Media and Sport, said: “The National Heritage List for England tells the story of our past, and the people, places and events that shaped it. This landmark highlights the huge diversity of historic places that we have protected and the integral role heritage plays in our culture.”

Cllr Chris Gibson, Chair of Nottingham City Councils Planning Committee, said: “Nottingham is steeped in social history and legends. Our historic buildings and structures add to the city’s unique character and create a sense of place specific only to Nottingham. The city’s heritage assets are a tangible link to the city’s past, and are a powerful pull for investment, business and visitors alike. Nottingham is known the world over as the home of Raleigh bikes and so we’re really proud that the Howitt Building has been chosen as the 400,000th entry, which will help preserve this historic building for future generations to come”.