A new memorial, dedicated to Nottinghamshire’s Great War dead will be officially announced in time for the Armistice centenary this November.

The monument will be part of the 100 year centenary commemorations of the 1914 to 1918 First World War.

Over 14,000 soldiers, sailors, airmen and civilians from Nottingham and Nottinghamshire lost their lives in the First World War, and the monument will be the first to incorporate a roll of honour for armed services fatalities for the whole of the county together, rather than a city, town, village or workplace.

The monument will be situated in the Memorial Gardens on Nottingham’s Victoria Embankment, close to the City of Nottingham War Memorial. It is due to formally launched on Armed Forces Day on Saturday 30 June 2018.

The memorial is being commissioned by Nottingham City Council and Nottinghamshire County Council, working with the seven district and borough councils, Gedling, Rushcliffe, Newark and Sherwood, Bassetlaw, Ashfield, Broxtowe and Mansfield.

£50,000 is still to be raised for the project and it’s hoped the public can help contribute to such an important monument. Local businesses and residents from across Nottinghamshire are being encouraged to contribute.

Four designs by three different artists are being considered and people can see the plans here – www.nottinghamcity.gov.uk/warmemorial 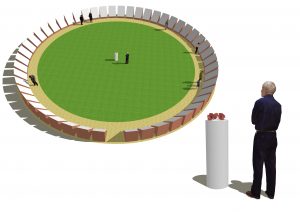 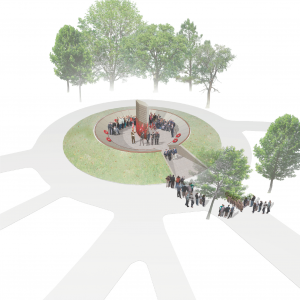 The memorial will provide a befitting and lasting commemoration, listing the names of all those people from the County and City who lost their lives fighting throughout the First World War.

As well as having their say on the proposals, people from Nottingham and Nottinghamshire are being asked to check on the Roll of Honour website – www.nottinghamshire.gov.uk/rollofhonour –  to see if the names they want to submit are already there, if not they will need to submit their names by the 31 May 2018 and they will then be included on the new monument. This can include not only the names of those who served and died in the Army, Navy or the Air Force, but also the names of the people who died as a result of the war, like those on the home front or in bombings.People can submit their names by emailing – missingnames@outlook.com

Colonel Tim Richmond, the Vice Lord-Lieutenant of Nottinghamshire, said: “Some 14000 people from Nottingham and Nottinghamshire made the ultimate sacrifice in World War 1 and to have this Memorial which will bring together all their names as we commemorate the Centenary of the end of that War will be a wonderful tribute to their memory.”

Councillor Jon Collins, Leader of Nottingham City Council, said: “Many people have asked about a dedicated roll of honour memorial and this monument presents an opportunity to permanently mark the centenary in a befitting and respectful manner.

“It is important to bring together a definitive list of those fallen and having a single memorial in place will create a focus for families and visitors that will allow them to reflect upon and commemorate their lives.

“Working with Nottinghamshire County Council and district councils on this project, we will commemorate the thousands of Nottingham city and Nottinghamshire people who died in the First World War.”

“A single, central memorial bearing the names of every man and woman – both civilian and military – who died as a result of this catastrophic conflict will serve as a powerful and poignant reminder about the ultimate sacrifice they made for us. I am delighted the County and City Councils, Districts and Boroughs, military charities, businesses and people are coming together to deliver this memorial to mark the centenary of the Great War.

“From the young men who perished miles away from home and the medics who died trying to save them to the many who passed away from their injuries in subsequent years and those who were killed whilst working in the munitions factories back home, we owe them a huge debt of gratitude.”